You know summer has finally arrive in Ireland when you see locally grown strawberries hit the markets around the beginning of June. 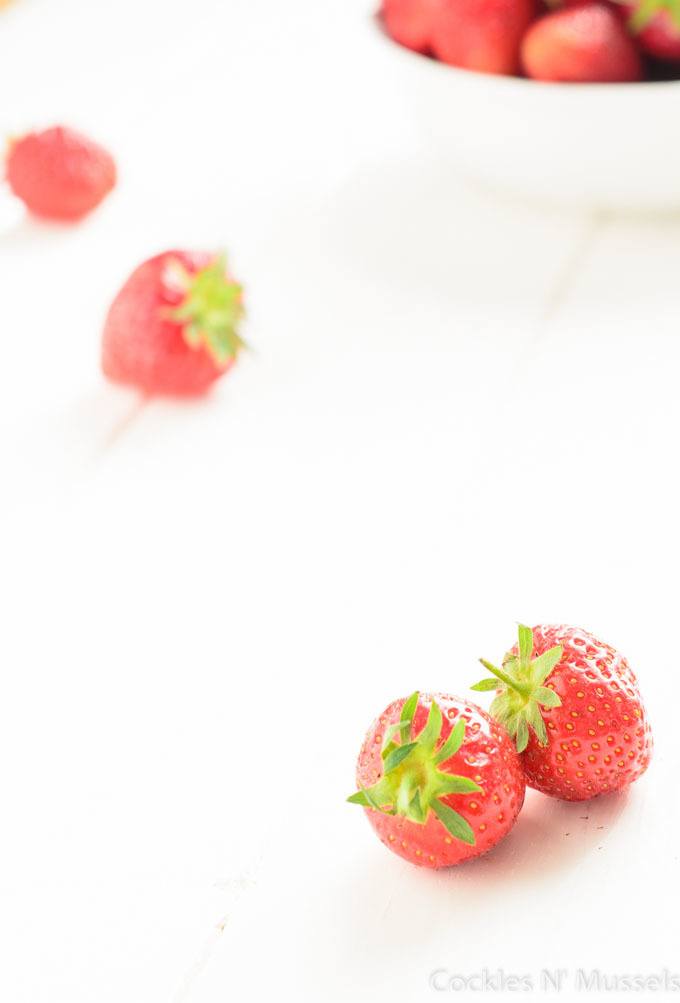 During the long winter months we’re forced to eat expensive and tasteless imports flown in from god knows where. I never really bother with them especially at  €5 for a small 200g punnet. Although they look pretty and can add a splash of colour to a dessert plate in the middle of December they can’t compare to the sweet and juicy homegrown ones that are so abundant right now the shops are practically giving them away.

Theres a real glut of them on the market by early July and it’s definitely a case of supply exceeding demand. I managed to pick up all the berries for this recipe soooo cheap. At just €1.25 for a large 300g punnet I bought so many I’ve been on a bit of a strawberry bender. I’ve been chopping them up and putting them in my breakfast cereal in the morning, making delicious smoothies, and devouring them with a nice dollop of cream.


With them so plentiful and at their best, now would be a good time to freeze them. Unfortunately for me it would be a mammoth task to make room in a freezer filled with odds and ends i’ve been meaning to use up. But if you have room all you’ve got to do is put them on a platter or tray and put them in the freezer. When each individual berry is frozen and hard you can transfer them to freezer bags and you’ll have them on hand for smoothies, coulis or what ever else you can think of.


My all time favourite way to eat them is to simply mash them up nice and chunky with a little castor sugar till the juices start to run and then fold the berries into some semi whipped cream flavoured with vanilla seeds. It’s just as well their good for you… 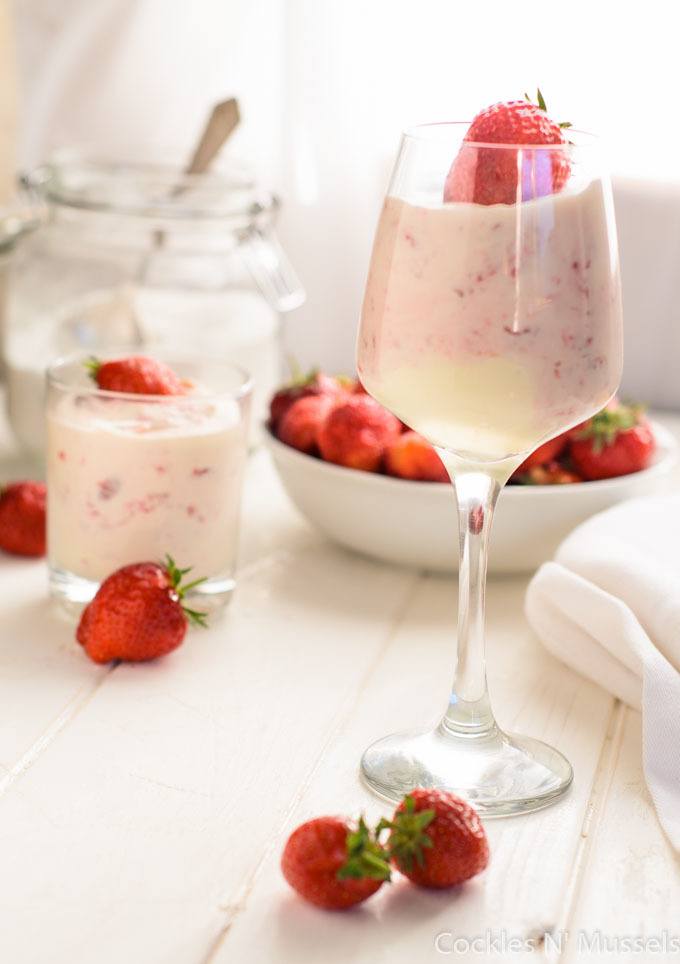 I’ve got one solitary strawberry plant in my back garden, every year it nets me about a half a bowl. Each summer I watch carefully as the berries arrive, than turn from snow white to avocado green, and finally scarlet red.

I alway get  a strong urge to pick one off for a little taste but its best to wait. Once they’re off the plant they won’t ripen anymore (thats why the winter imports taste so  bad they’re picked when under ripe to withstand the long journey to our shores) and I want to be able to get a full portion and enjoy them all together.

That is of course if they would all ripen at the same speed. Its very frustrating to see a couple of plump scarlet berries on one side of the plant while the rest of them are a two tone shade of green and red.

The Irish strawberry season is short and sweet but represent a bit of a challenge for us chefs. Why? because we’re constantly been forced to come up with new recipes. If I could get away with serving them with just some cream or vanilla ice cream, then I would. Strawberry cheesecake or Pavlova are all very nice if a little boring zzzzz, and customers in restaurants expect a little more, but forget the balsamic vinegar and black pepper.

I first saw this recipe been made by a french lad called Francoise when I was a chef in  London. I thought it was so simple and elegant, and its stuck with me ever since. The berries are marinated in a little sugar for about an hour before you need them, and turned regularly  till the juices start flowing. Then you make the sabayon, spoon it over the berries, top with your favourite vanilla ice cream and glaze till golden under a hot grill. 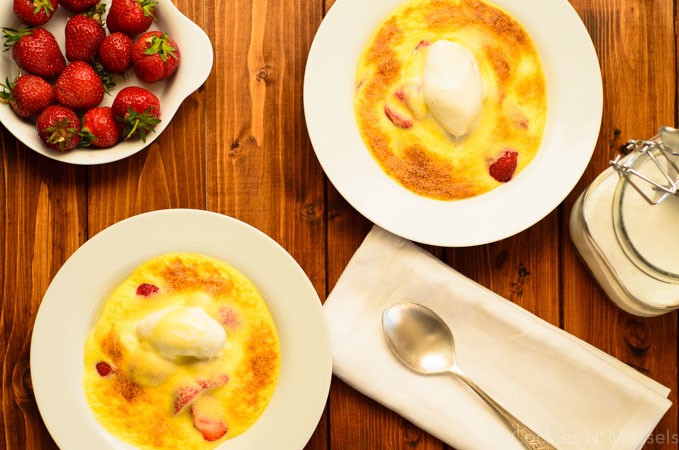 Make sure your grill is really hot or the ice cream might melt before the sabayon turns golden. Alternatively if you think your grill isn’t hot enough you could use a blowtorch and brown the sabayon the same way as you would a creme brulee.

If you’ve never made a sabayon before there’s nothing difficult or fancy about it. It’s a bit like making a hollandaise sauce but without the butter and a lot of the same rules apply. All you need to make it is a bowl, a whisk, a pot of gently simmering water, and some elbow grease.

Simply put all the ingredients for the sabayon in a bowl and whisk till bubbles appear. Than place the bowl over the simmering water and whisk like your life depends on it. You Could use an electric hand mixer but I like to do it the old-fashioned way.


After a while the sabayon will expand, thicken and become glossy. What’s actually happening is that your whisking air into the eggs. As the heat  cooks the eggs the air becomes trapped inside stabilizing the mixture. 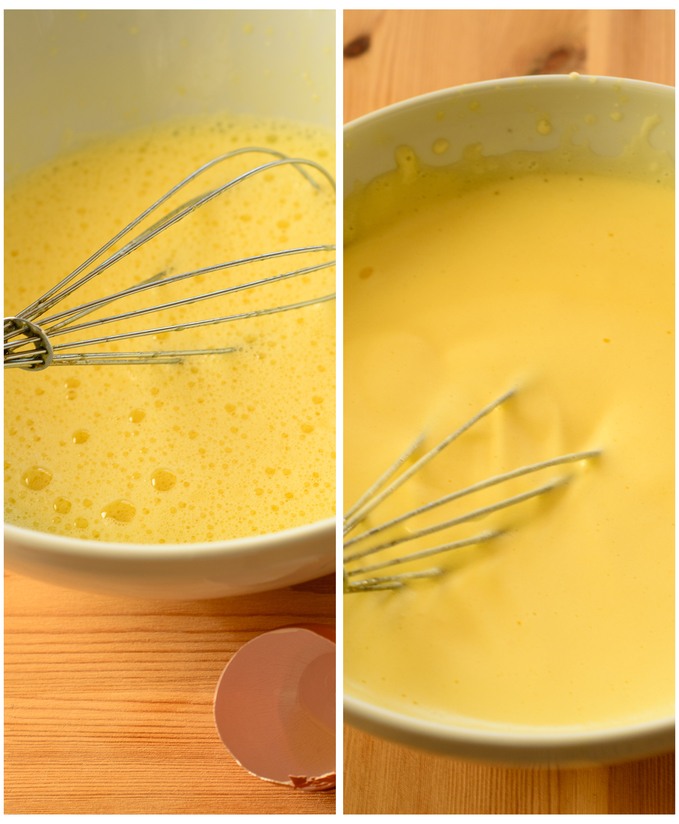 Make sure you use quite a big bowl, I’m always surprised at how much the sabayon expands. And don’t leave your sabayon sitting on the water without whisking or you’ll end up with some awesome tasting scrambled eggs. Normally it will take at least a good 10 minutes to cook and you know its ready when it will hold soft peaks.

In the restaurant we use champagne in our sabayon and this gives us a head start with the bubbles. But you can use any alcohol you have lying around. Perhaps a glass of your favourite white wine. Whiskey and cider are two favourite of mine, while a dessert wine or some sort of liquor would also work. In fact, in Italy they have a version of sabayon called zabaglione made with masala.


At this stage you don’t have to glaze the strawberries. That part is strictly optional, you can simply spoon the frothy sabayon over your berries and eat as is. It will still taste divine. 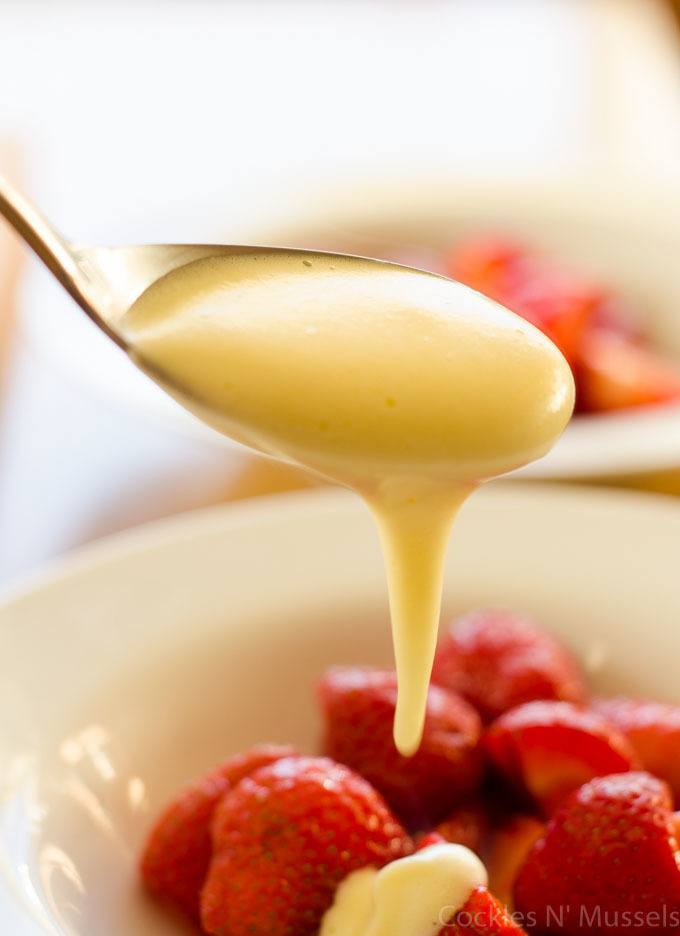 If you’re really lazy you could forget the sabayon and just caramelize the berries in a hot pan and deglaze it with some champagne, cava, or prosecco and serve it with ice cream. I love the sweet, hot, and cold contrast. 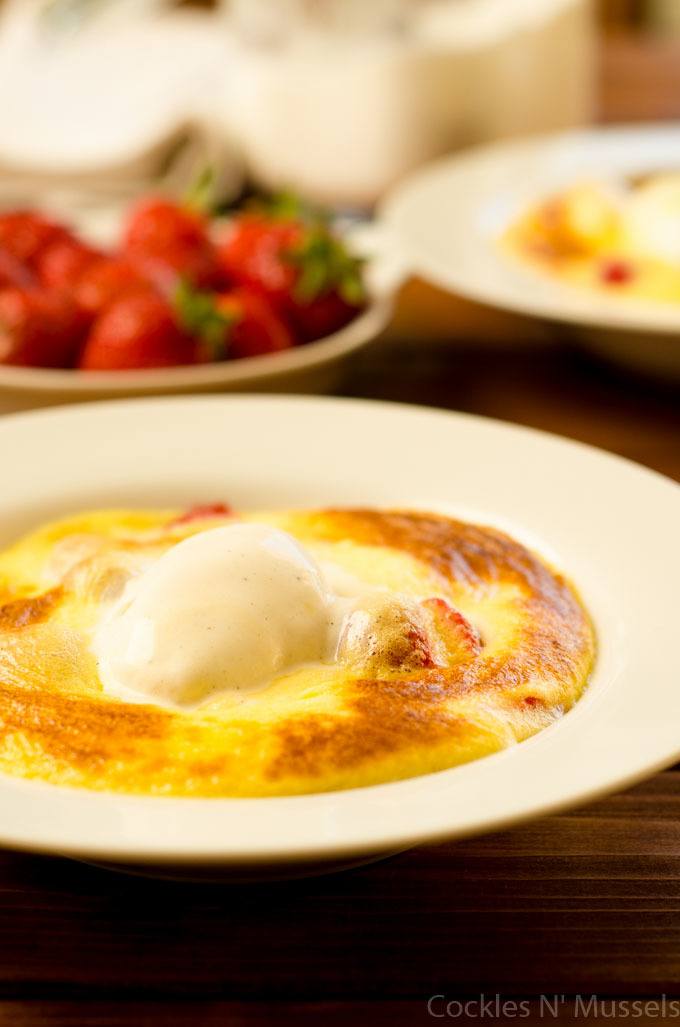 So, how do you eat your strawberries? Got any exciting recipes??