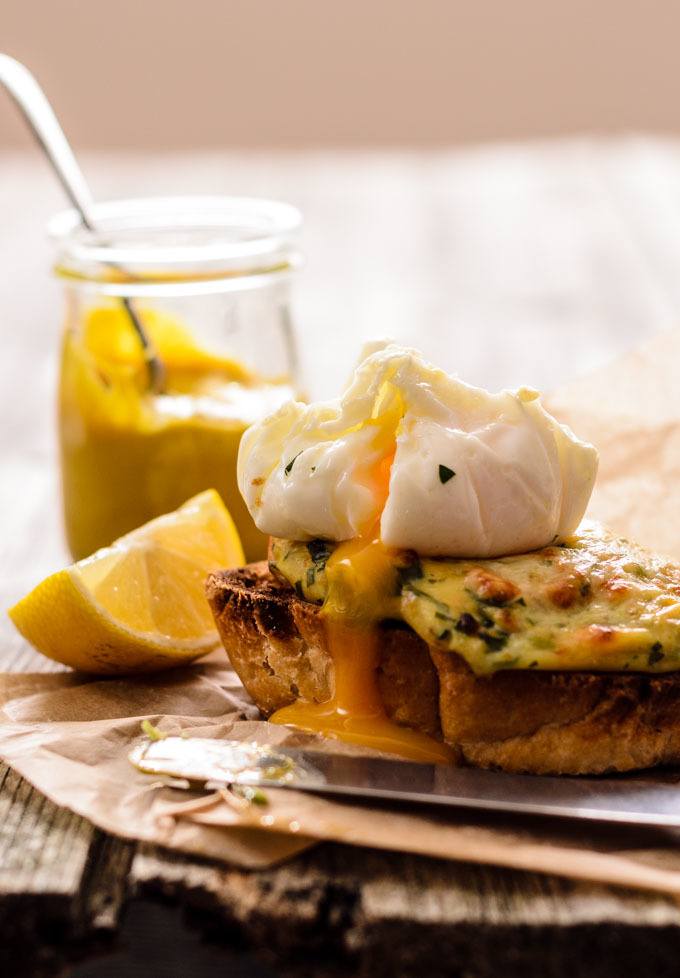 If you’d never heard the term rarebit before than you could be forgiven for thinking it is some sort of culinary masterpiece, exotic, and difficult to make. It’s a really fancy word for the world’s favourite snack, the humble cheese on toast.

I have no idea where the word rarebit comes from and having done a little research I’ve been left none the wiser. I did learn though that there are a couple of different versions of this pimped out cheese on toast recipe. There’s a Scotch version, two English ones, and even a more modern Irish one. The country most associated with the dish though is definitely Wales.

It’s a bit of a surprise that a country with some of the finest tasting lamb and seas teeming with some of the freshest fish and shellfish is so closely associated with cheese on toast. Apparently the reason for this is that back in the day the poor people of Wales couldn’t even afford the cheapest cuts of meat. We know all about that here in Ireland, it’s why we’re world famous potato eaters.

The classic Welsh rarebit has got to be the best tasting cheese on toast recipe you’ll ever come across and it’s really easy to make too. All you’ve got to do is mix some ale with mustard powder, butter, worcestershire sauce, and a big hand full of mature cheddar cheese. Gently heat it till it’s melted and bubbling then pour the molten mixture over some of your favorite toasted bread and grill till golden. Dead easy…

My fishy version is a little more complicated and takes a bit more time but it’s well worth the effort. First the kippers are gently poached in a little white wine and milk. This infuses the milk with a delicate smoky flavour. The milk is than used to make a smooth,  velvety bechamel sauce to which the other ingredients are added. 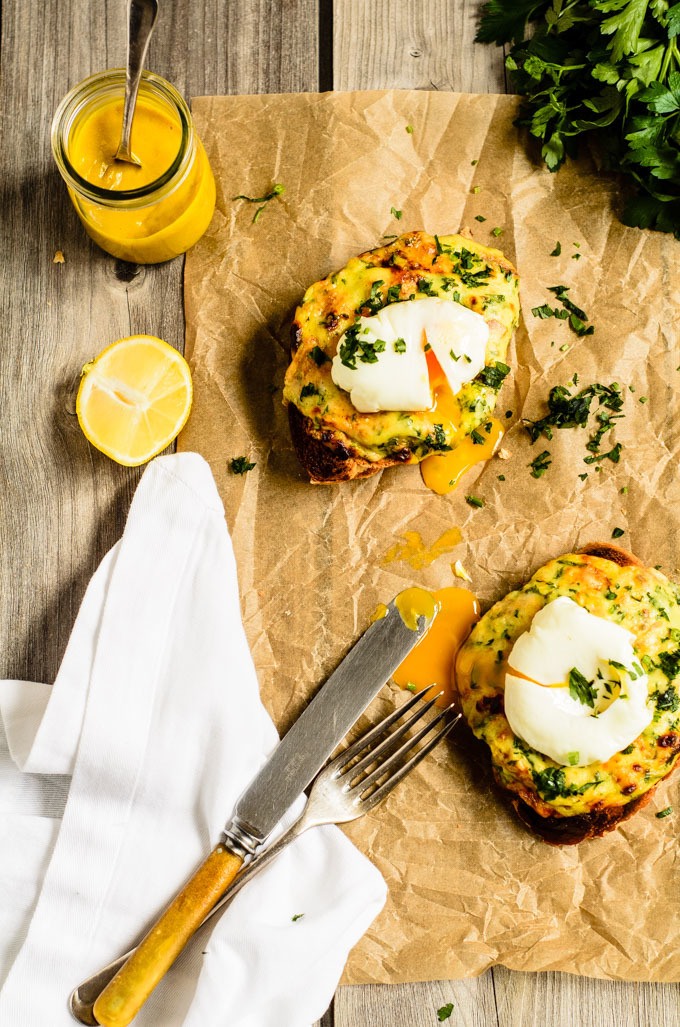 In goes the worcestershire sauce along with the piquant English mustard to add a little heat and a beautiful luminous colour. Than a small handful of chopped parsley is added for freshness and some freshly grated mature cheddar for a salty kick. The super silky sauce is finally finished with a squeeze of lemon and by folding back in the fragile flakes of cooked Kipper.

It’s than a simple matter to pile the sauce on top of your favourite toasted bread and grill till molten and golden. I used some vienna roll I had lying in the bread bin but any crusty loaf will do the job.

Cheddar is the cheese of choice in most rarebit recipes I’ve seen, and the one I went with here, but I could imagine any hard cheese like parmesan or even Gruyère working well too. 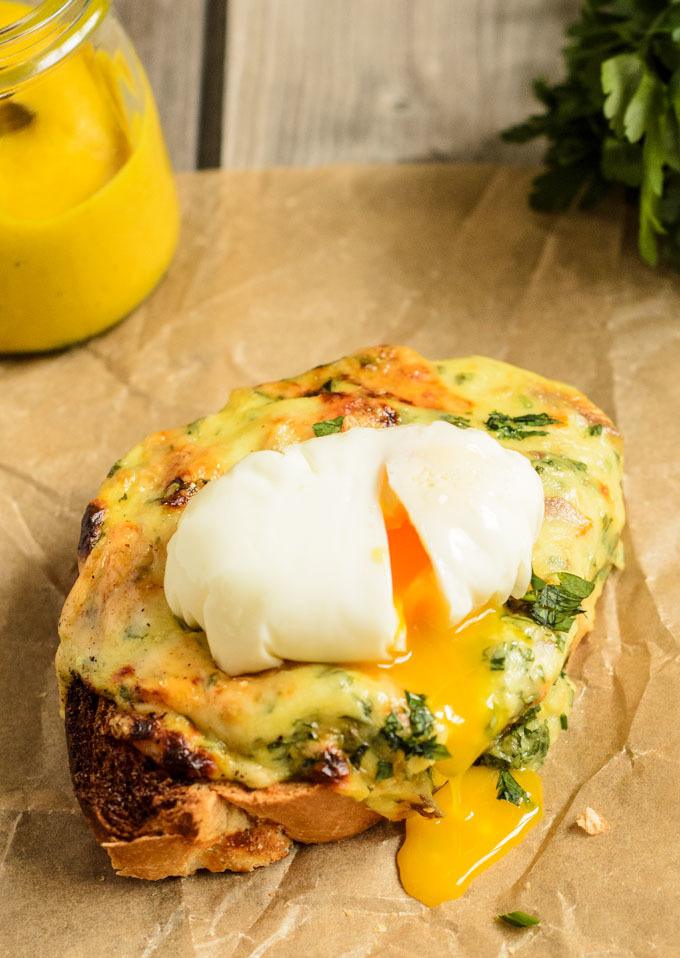 I also topped my fishy rarebit with a tender, softly poached egg. This part is strictly optional but it does add another element and richness to the dish, finishing it off beautifully.

You could use another smoked fish in the recipe too. Smoked haddock or cod would be fine. Kippers might be a bit unfashionable but I’ve noticed tons of them down the supermarket so I guess somebody must be eating them. 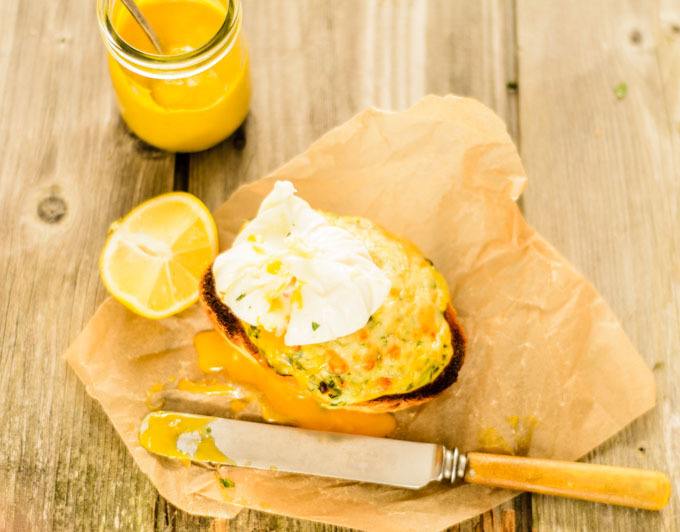 Kippers or smoked herring are cheap at a price of less than a fiver a kilo. There also healthy as their an oily fish rich in omega 3. Very sustainable (their on the Marine Conservation Society’s list of fish to eat) not to mention really tasty.

Will you give a kippers a go?

The Sustainable Fish Pie Recipe (5 Guilt-Free Species To Use)