Meaty monkfish with a sticky, sweet and sour sauce. Flavoured with soy. 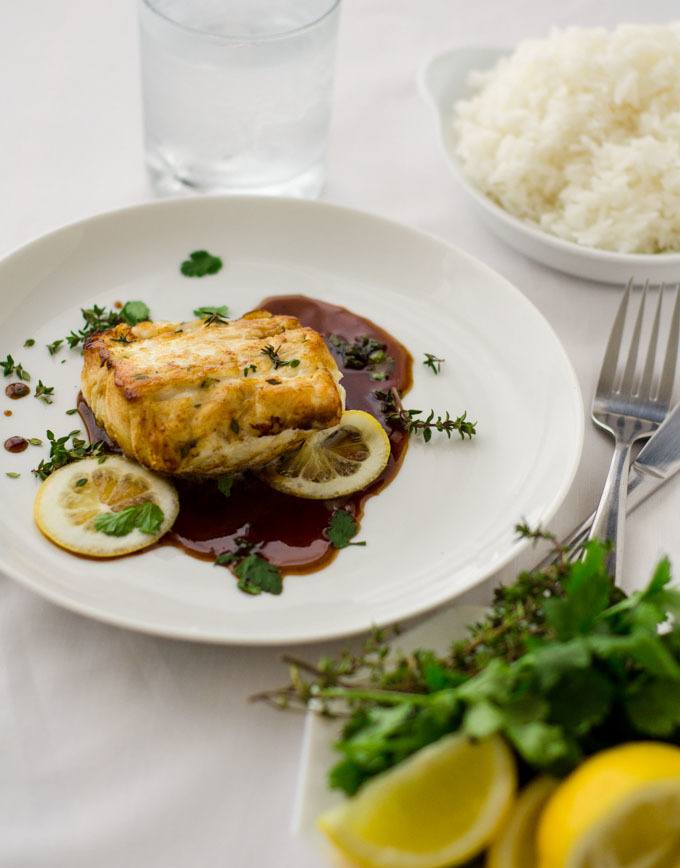 I can still remember monkfish first appearing on restaurant menus in the early 90’s. For years it was just discarded by fisherman who were only interested in the species they could sell. And who can blame them they had to make a living after all.  it was once called a poor mans lobster, and maybe it still should given how much lobster costs.

But it was adventurous chefs putting monkfish on their menus that has made this once rarely eaten species one of our most popular fish dinners. We seem to have fallen in love with monkfish, though not for its good looks (do a google search or click here to see what I mean) I think this scarey looking sea creature has probably been on nearly every menu I’ve written, and I’ve cooked it in most restaurants where I worked.

The Americans call it goose fish. A unique name for a very unique fish. Its firm, meaty texture is quite unlike any other fish. It can handle some of the tougher cooking methods too and It’s ideal for a soup or a stew because it won’t flake apart like most of its fishy counterparts. 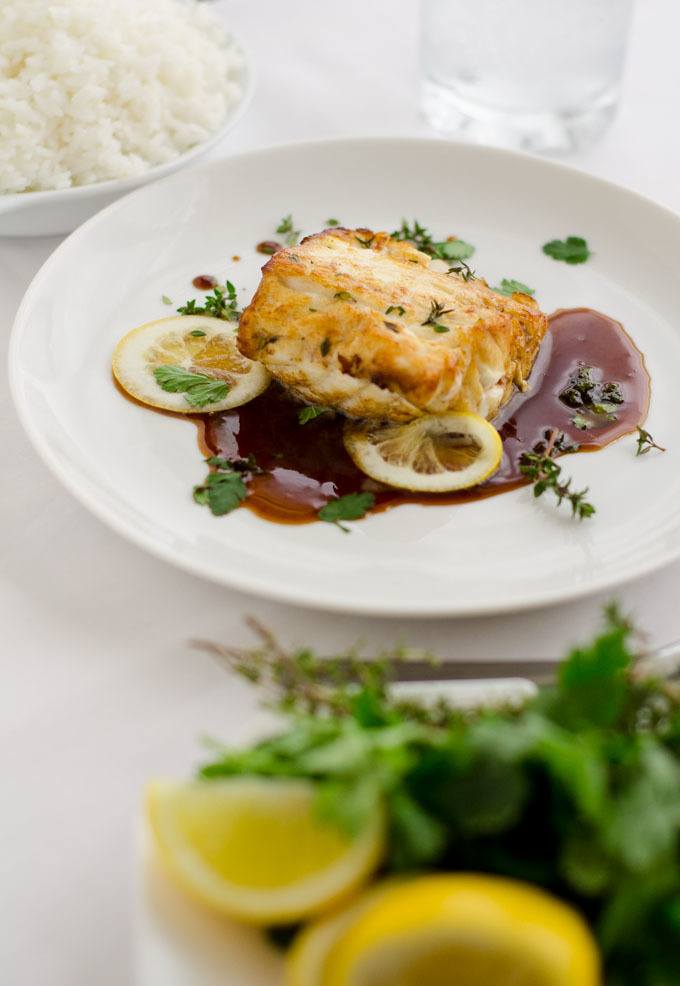 It’s firm flesh can also handle a marinade and some of the more robust flavours. Chilli, eastern spices like cumin or Asian flavours like I’ve used here all work wonderfully with monkfish. It’s the only fish I can think of where theres more to eat that just the actual fish fillets themselves. Its got big cheeks that can be removed and make a great scampi. The livers are also a delicacy in Japan apparently. The foie gras of the sea, I’d love to give them a try and am curious as to how they taste. I’m imagining an intense briney flavour with the texture of a chicken liver. I’ll have to get a hold of some and come up with a recipe.

Monkfish tails have a pink, glassy skin thats got to be removed before you cook it. Leave it on and you’ll end up with a tough piece of fish. Unfortunately your fish monger is unlikely to do this job for you. It will end up costing him money…less weight = less money. 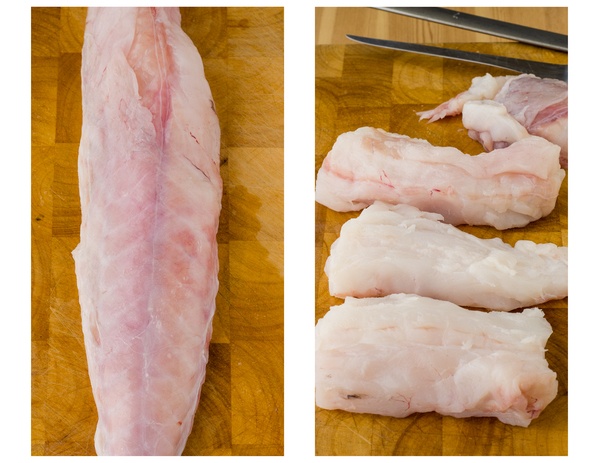 This recipe is super quick. Most of the ingredients you probably have sitting in your larder already. I sometimes make this sauce to go with chicken or as a dip for pork ribs. If you don’t have fish stock just use water it will still taste good. Its also a recipe thats not set in stone. Make it exactly how you want, to your own taste. Personally I don’t like it to sweet, so I cut back a bit on the honey and add an extra squeeze of lemon. But If you want the sauce a bit sweeter add more honey. More tart, just add an extra dash of of vinegar. More salt, an extra dash of soy…..you get the idea.